Hello Imaginarium fans, Leonie here today spreading the chipboard love.  The first page I have to show you has tons of chipboard and I've treated each of them in different ways.
I've scrapped a picture of my family taken last ANZAC day which was the 100th anniversary of the first campaign that led to major casualties for the Australian and New Zealand forces during the First World War.  It was such a memorable day for us all, filled with many activities and images that won't soon be forgotten.
Because it was such a full day I wanted to fill my page with images and symbols that reflected this. 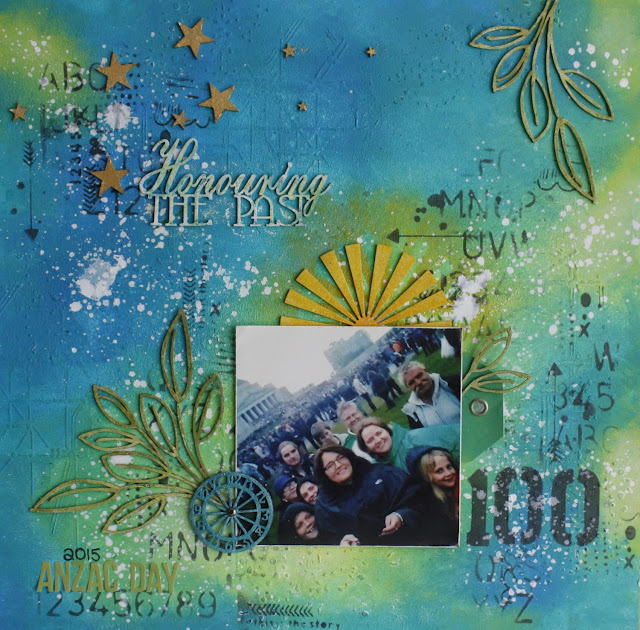 So first up I used one of the Imaginarium sunbursts and cut it in half to represent the rising sun as pictured on the ANZAC symbol.  I painted it with gesso to begin with as I did all of the chipboard pieces I've used on this page, I then painted the sunburst with Dylusions paint. 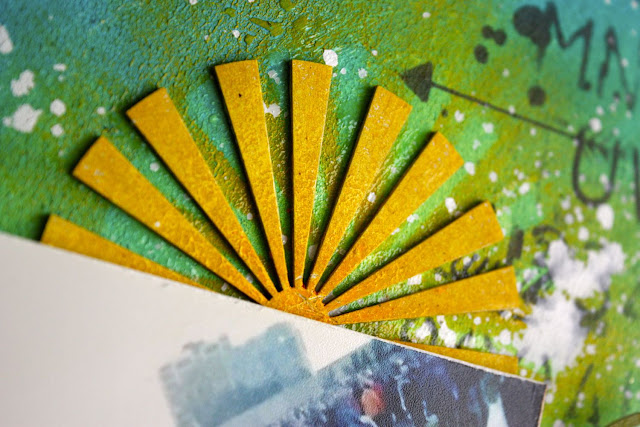 Of course the title piece 'Honouring The Past' doesn't need an explanation.  I coloured this with green and yellow Gelatos and then gently sponged gesso over the colour to get a more subtle, muted effect. 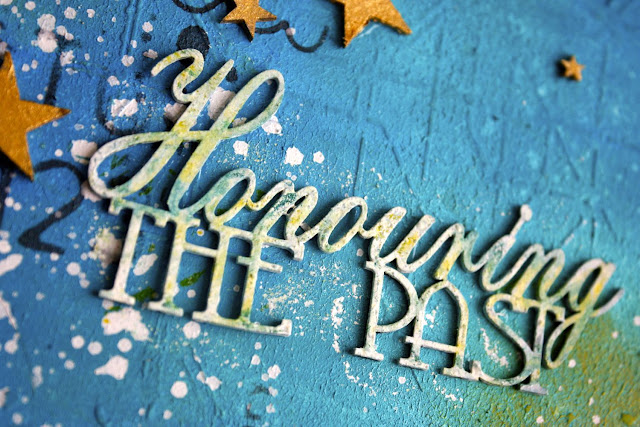 The stars in the sky I sprayed with Heidi Swapp Gold color shine and I arranged them to form the southern cross constellation as pictured on the Australian flag. 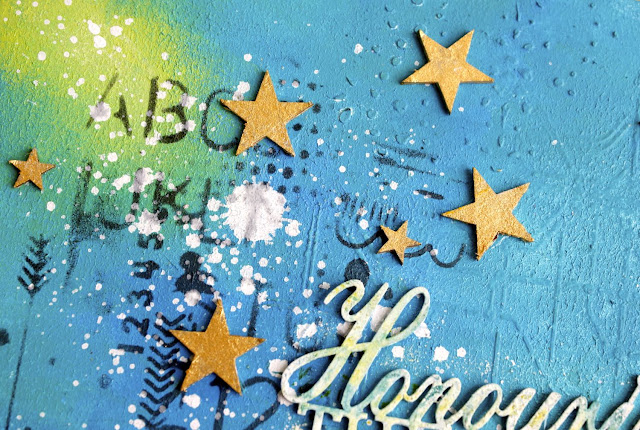 The little clock was painted with turquoise Izink and represents the passing of time and the sacrifices that will never be forgotten no matter how much time passes. 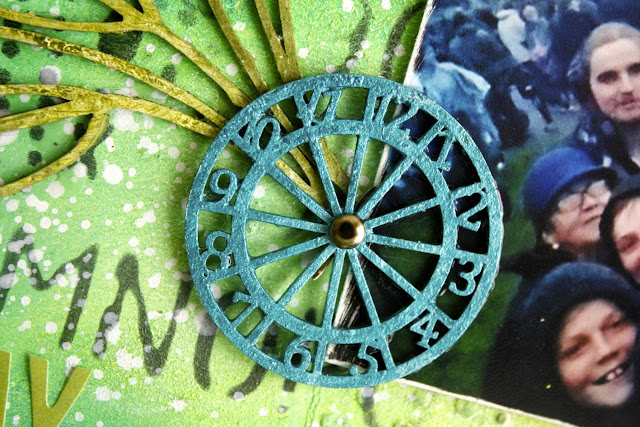 The leaves I thought looked like gum leaves part of our native flora.
I coloured these with Gelatos as well. 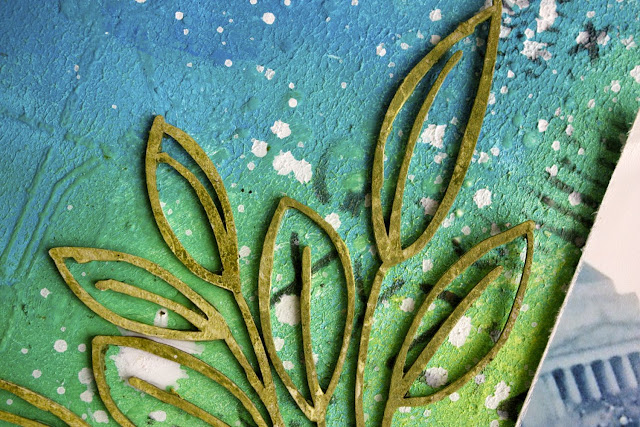 On to my second page 'Our Best Friend' featuring our dog Trixie! 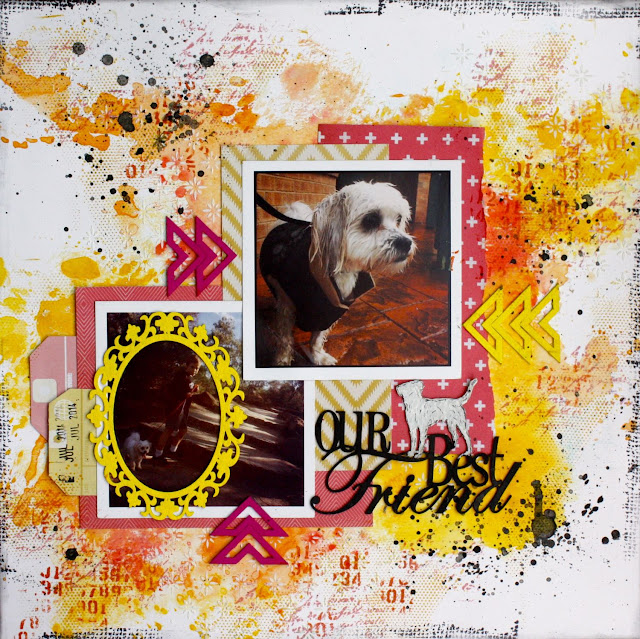 I kept the title inked in black (so that it would stand out again the colourful background) and I covered the dog part of it in texture paste. 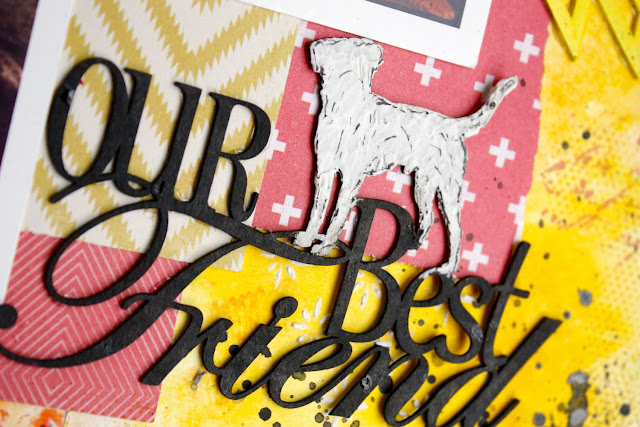 The chevrons were painted with delusions paints and added some direction towards the photos on my page. 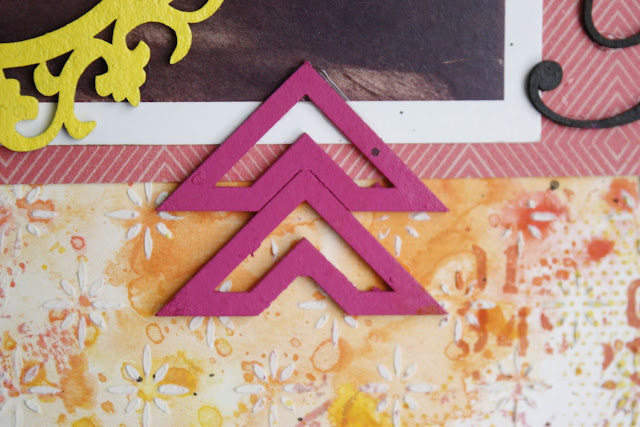 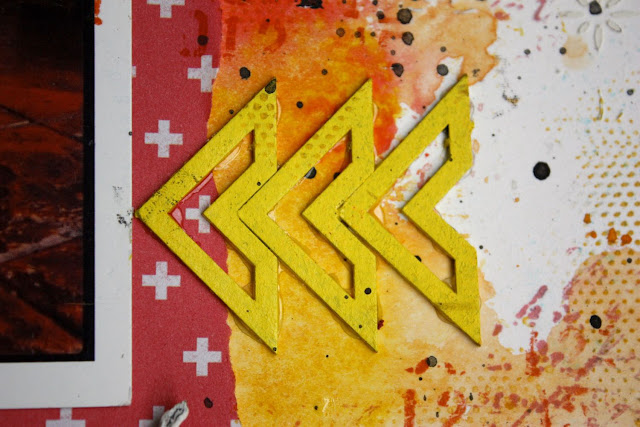 The second photo I used was quite dark so I placed one of our Imaginarium Designs frames over it to help draw the eye to the subjects in the photograph. 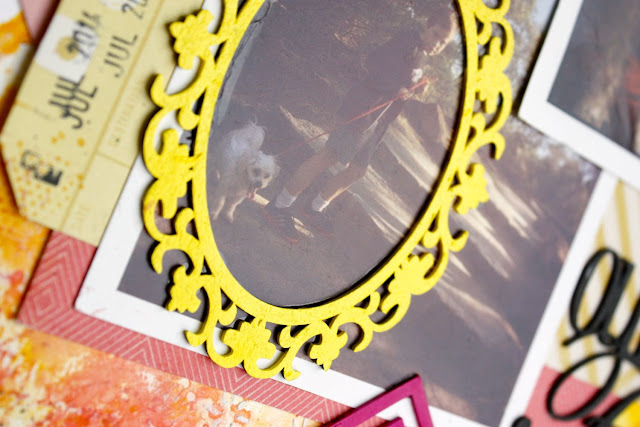 Thanks for stopping by the Imaginarium designs blog, I hope you've been inspired in some small way.  Happy Creating.
Leonie Neal-Dawson. 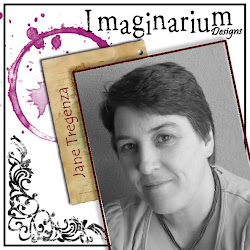